Heist Studios – the extra special tights you will love

So, lovely SoSensational ladies; ladies who are properly grown up and probably over 50, what can we possibly say about tights that will make you take notice?

We imagine you are thinking there is nothing to say that you haven’t already heard.  We apologise for challenging you, but you are wrong! Meet Heist Studios.

It is worth recalling that for all of us born around the middle of the 20th century (which, of course, includes Cyndy and Jan) tights were invented during our lifetime; until the 1960s, there were only stockings…

Tights arrived in the 60s and changed our lives. Suddenly, we had legwear which did not leave that annoying bit of bare flesh between stocking top and briefs (okay, calm down, any man over 50 reading this). Jan, in particular, remembers hating stockings and embraced wearing tights with enthusiasm.

Suddenly, women had legwear in which they could move freely and which kept their whole leg covered. But occasionally (actually quite often) we had poorly made tights which didn’t fit well, or twisted uncomfortably or were way too short. And, of course tights, like stockings before them, laddered.

But now, ladies, here are nude tights that are so perfect, they not only make our legs look sensational, but because of their clever design, they are great to wear, too.

Heist Studios tights were born after Heist founder, Edzard van der Wyck, was out with his wife, in Vienna. She tore her tights and they went into an Austrian store selling what were claimed to be the best quality tights on the market.

Mr van der Wyck could see his wife wasn’t happy with her new tights, so he quizzed her about them. She ultimately gave him a list of issues which included uncomfortable waistband, itchy fabric and seams that dug into her body.

On his return to London, he did some more informal research (with 67 female friends) and it became apparent that most women had the same complaints about tights. He then set about transforming tights from a “necessary evil” into “something you would be truly excited to wear.”

He also took a key decision to spend money on product quality instead of vast sums on advertising.

Heist Studios tights are designed in London and made by a small manufacturer in an Italian hilltop town, where textiles have been produced since medieval times.

But, as the brand says, the foundation of an extraordinary pair of tights is the yarn. And great yarn is about the spiral count, which measures the number of spirals of elastane in every inch (like the thread-count in sheets, the higher the count, the better). Heist’s yarn, from a mill in northern Italy, has a spiral count of up to 5000 spirals per inch (roughly 10 times higher than an average pair of high street tights). As soon as you pull them on, you’ll see how soft they feel against the skin, and how the yarn gives the tights a deep and consistent tone that makes legs look amazing.

Then there’s the “endless waistband.” The fit and shape of a waistband is critical for comfort, yet traditional waistbands are basically a doubled-over extension of the leg, and as we know, it often digs into us and/or rolls down.

To fix both these issues, Heist knit a seamless loop of waistband on a separate machine, using an Italian fabric normally used in high-end sports-wear; then they hand-sew it to the legs of the tights. Also, the waistband is available in two depths, so you can choose the one that perfectly fits the contours of your body.

So when you are getting ready for your day, or dressing for an occasion, and you want tights which both look and feel fabulous, you know which brand to buy. 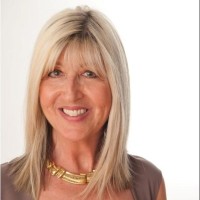 Start your hand made Christmas at Create and Craft now
June 20, 2016

Get Party Ready Legs With Pzazz and Luxury Legs
December 11, 2015

Wrap up with our Winter Wardrobe
October 9, 2015