Did you know Ascot’s Rules ban the best 50somethings neckline?

We are not happy with the rule-makers at Royal Ascot.

In fact, we’re downright cross with them. Royal Ascot has banned our favourite off-the-shoulder neckline.

Yes, that’s right. Off-the-shoulder necklines are banned under the current Ascot’s Rules for the Royal Ascot Meeting, taking place this year from June 19th to 23rd. And not just in the Royal Enclosure, but in the Queen Anne and Village Enclosures, too. However in the Windsor Enclosure, they mind less about bare shoulders, and request only “smart attire.”

The Royal Ascot dress code is regularly tweaked in order to, in their words, “continue to recognise key trends in the ever-evolving world of fashion.”

[su_pullquote align=”right”]As over-50s, we’re not bothered by a ban on strapless, halter neck and spaghetti straps but this deprives us of some of S/S18’s best outfits.[/su_pullquote]

…in 2017, they decided to permit the jumpsuit as an acceptable item of clothing for the Royal Enclosure.

But, presumably on the principle of giving with one hand while taking with the other, they hit us with Dress Code regulations on necklines, which included a rule that specifically bans off-the-shoulder necklines, alongside “strapless, halter neck and spaghetti straps.” Bardot necklines are mentioned as being banned, too. But as another term for off-the-shoulder, the Bardot is, we suspect, specifically named to avoid confusion.

Frankly, as over-50s, we’re not bothered by the Ascot’s rules ban on strapless, halter neck and spaghetti straps – we

probably wouldn’t choose those for formal daywear, anyway. But a ban on off-the-shoulder necklines deprives us of some of this season’s best outfits (as can be seen above), which is one reason why we are cross. Another reason for being cross (and a bit puzzled), is that a dress, jacket or top with an off-the-shoulder neckline invariably has sleeves (sometimes long sleeves), making it more rather than less covered up and therefore more modest.

[su_pullquote]Who is going to wield a tape-measure to check the distance from clavicle to edge of jacket?[/su_pullquote]

But more than that, this rule feels like a deliberate attempt to force us fabulous 50-plus women to give up our NFN (New Favourite Neckline); it feels like a bid to make us cover up a part of our body that wouldn’t offend anyone. We think an off-the-shoulder neckline is more modest than a strappy dress –and strappy dresses are allowed, provided the straps are “at least a half-inch wide.”

We can’t believe that even the stuffiest stewards in the Royal Enclosure find shoulders offensive.

And this is going to be difficult to police. When does a wide, scooped neckline morph into an off-the-shoulder neckline? Who’s going to wield a tape-measure checking the distance from clavicle to edge of jacket?

Why do we feel so strongly? Because our shoulders stay looking good long after other bits of us might be

better kept hidden. So we 50-somethings like to put our shoulders on show.

The off-the-shoulder ban seemed less relevant in 2017.   As we said, so many of the new season’s prettiest and most super chic outfits feature an off-the-shoulder neckline, meaning  (sob, sob) we  have to miss out on those.

So boo,hiss, to you, Ascot rule-makers for not thinking about glamorous 50-somethings when making up your current dress code rules.

What do you think about the off-the-shoulder ban at Ascot? 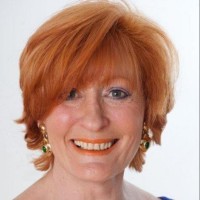 Show off those Shoulders this Summer
July 19, 2017

Here’s How To Give Your Wardrobe An Instant Update
February 26, 2016

Are you going to Royal Ascot or a summer wedding? Read these clever style tips
May 6, 2014