Here’s how to look as good as Goldie…

Okay, we’re going to be the first to say it: “Seventy is the new 50”! Which, if you think about it, should make all you 50-somethings feel positively youthful!

Why, Goldie Hawn, of course. The golden girl of comedy from the 1960s is 71. Yup, we realise she’s possibly had a bit of, um, work but she lives in LA for goodness sake. In LA seeing a cosmetic surgeon is as routine as seeing a dentist! The ubiquity of cosmetic surgery was parodied hilariously by Goldie Hawn herself in the 1996 film, The First Wives Club in which she starred alongside Bette Midler and Diane Keaton.

Born in the US in 1945, she rose to fame on TV’s Rowan & Martin’s Laugh-and then starred in some of our favourite films including Private Benjamin and Overboard which co-starred Kurt Russell. She and Russell have been in a relationship since 1983. She is the mother of Kate Hudson and two sons Oliver Hudson and Wyatt Russell.

As well as being an actress and film producer, she established The Hawn Foundation in 2003. This is a non-profit organisation which provides youth education programmes designed to improve academic performance through “life-enhancing strategies for well-being,” primarily through mindfulness.

Mindfulness programmes are currently being introduced into UK schools, which is one of the reasons why you will be seeing Goldie Hawn all over UK media. The other reason is to promote her latest film, the comedy “Snatched” in which she plays the mother of Amy Schumer.

In terms of Style, we can all steal a bit of Hawn’s recipe for staying glamorous. The archetypal bubbly blonde in her 20s and 30s (and in her   50s) she has resolutely stayed blonde. Her hair is a bit less tousled and a little shorter these days. But we love that she hasn’t gone for ‘the chop’ or gone grey. If short hair suits you, go for it, but if – like Goldie Hawn – longer hair suits you, your age should not be a factor in your decision about hair length.

Well, maybe your age should be a little bit of a factor in your decision about length, but over 50 it is more about hair looking groomed. Though currently ‘groomed’ doesn’t necessarily mean blow-dried smooth, as scrunched styles, known in the hottest salons (we mean the coolest salons, obvs, and we’re not talking air-con) as ‘A Hot Mess,’ is a very hot look. So, it is about a great cut and keeping the right colour and length for you.

We are not all blessed with her looks or lithe body, but we can all try to summon up a huge smile which is still her ‘signature’ look.

Make-up also makes a difference. Carefully applied, the right products –concealer (though not too much under the eyes) and lightweight foundation (such as BB cream)  as well as bronzer and blusher, plus lippy, of course – make a huge difference/take years off. Eyes need emphasis, too, of course. Brows frame the eyes, so check out our brilliant brow blog, then use a mix of toning light, medium and dark shades of eyeshadow as well as lashings of mascara to bring out eyes.

In clothes, we love how she has moved from strappy frocks to covering up. We especially love how in the picture above and in the one with Kate Hudson, she has worked the oversized trendas a way to be covered up, while avoiding anything involving excessive functionality. We love that fuchsia trouser suit and we love the purple top she’s wearing under it. A more prosaic option might have been to pair white with fuchsia but the purple is sensational and says ‘I may be 71, but I’m not hiding away!’

By the way, oversized jackets are very big (pardon the pun) right now. The key to looking as good as Goldie in oversized pieces lies, paradoxically, in ensuring the jacket fits correctly, i.e. it should be loose in the body, it should be a bit long, obviously, and the shoulders may drop a little, but the sleeves must never be too long, so please get them shortened.

What do you think of Goldie’s style? 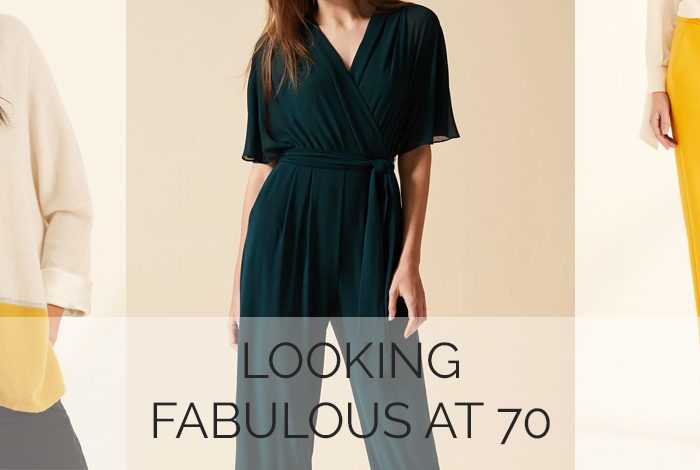